Europe Day Manifesto “Cultural Heritage: a powerful catalyst for the future of Europe 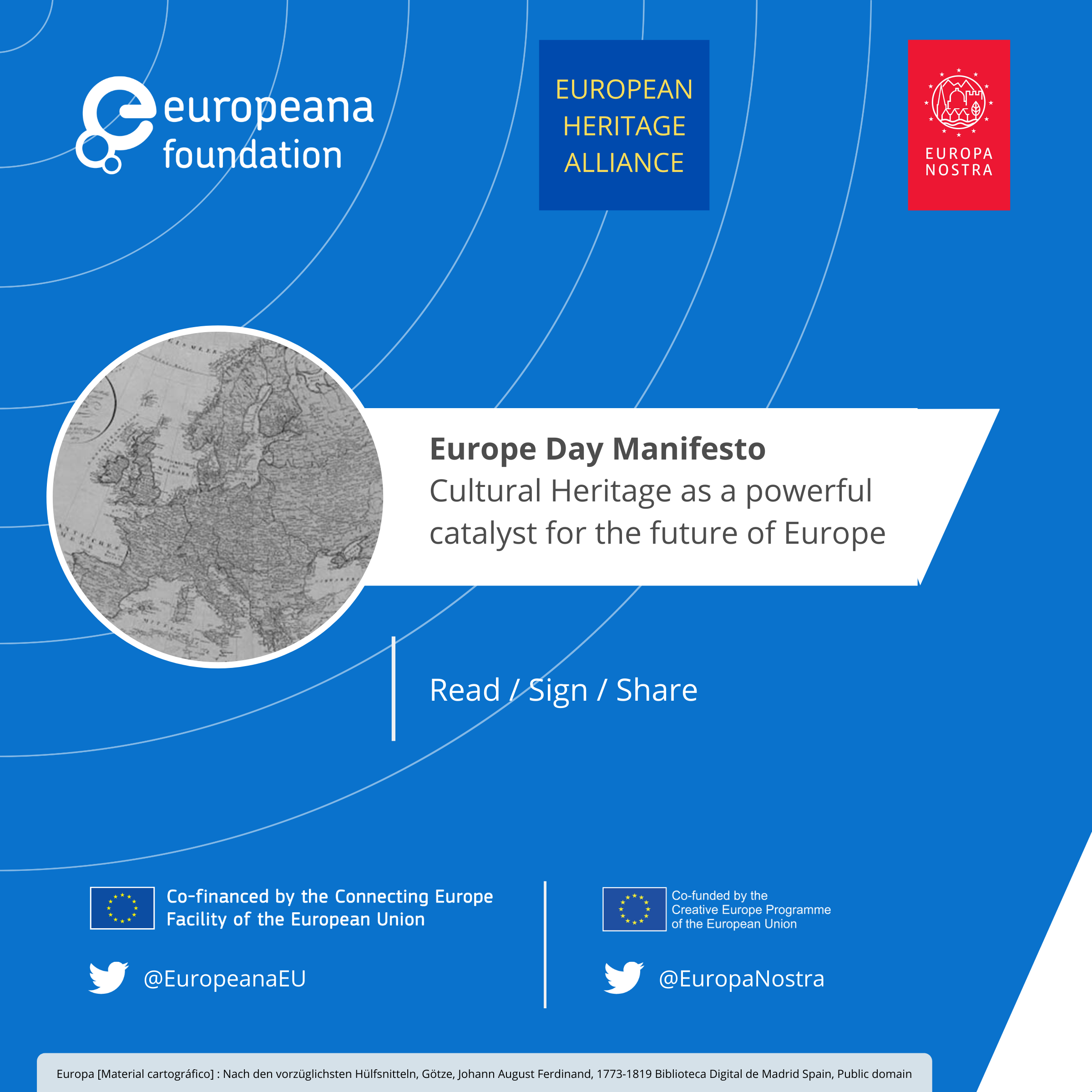 On 9 May 2020, on the occasion of Europe Day which this year marks the 70th anniversary of the Schuman Declaration and the launch of the process of European integration, members of the European Heritage Alliance have launched the Europe Day Manifesto ‘Cultural Heritage: a powerful catalyst for the future of Europe’.

The Europe Day Manifesto aims to convey a strong message of solidarity, hope and unity to Europe’s leaders and citizens at a time when Europe and the entire planet are struggling to overcome an unprecedented crisis caused by the COVID-19 virus. Through this Manifesto, representatives of major European and international heritage networks which form part of the European Heritage Alliance express the readiness of the wider heritage world to contribute to Europe’s immediate social and economic recovery, as well as to the longer-term advancement of the European project.

The Europe Day Manifesto also puts forward 7 of the most important ways in which cultural heritage can act as a catalyst for positive change.